We are simply enchanted with this book. Globally acclaimed interior designer Timothy Corrigan has restored this grand chateau and created spaces so special, each corner, another inviting private space, elegantly designed, beautifully appointed, and very inviting. Imagine blissfully whiling away the day, indulging in the art of doing nothing sinking into soft chairs, kissed by gentle lighting, ambiance richly warm, the gently colored walls playing with the light dancing off the furniture, lulling you into a deeply relaxed state.


An Invitation to Château du Grand-Lucé is the story of a passionate love affair between a man—award-winning interior designer Timothy Corrigan—and a gorgeous wreck of a house, set in the magnificent French countryside. Though the house was an empty, gently crumbling shell of its former 18th century self, Corrigan immediately appreciated its excellent bones on his first visit in 2002. What followed is a true odyssey, starting with a year and a half during which Corrigan vigorously campaigned the French government for the right to buy the house and return it to its original use as a private residence. Though he was in competition with people—Frenchmen, all—who wanted to turn it into a hotel, a spa, or a restaurant, all of which would have financially benefited the tiny Loire valley town in which the chateau stood, Les Architectes des Bâtiments de France—the equivalent of the Landmarks Commission—appreciated Corrigan’s vision and determination to restore this architecturally significant structure to its former glory. Against all odds, the Commission decided in favor of the plan which would keep the château intact, and, in 2004, Timothy Corrigan was the new owner of Château du Grand-Lucé. Love this window seat, it just begs for you to curl up in it, hot tea in hand, gazing out the window at the gardens, perhaps drifting off for a little nap. Through its stories and the beautiful photography, we found much inspiration to spruce up our private spaces and serves as a gentle reminder of the value in slowing down. 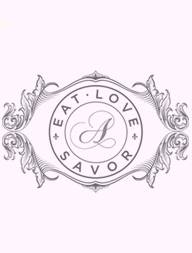 “Through its stories and the beautiful photography, we found much inspiration to spruce up our private spaces and serves as a gentle reminder of the value of slowing down.”