Châteaux that once belonged to French nobility have become a destination for today's urban souls seeking a quieter, rustic scene. American interior designer Timothy Corrigan owns the Grand-Lucé in the Loire Valley. It's the fourth château he has bought and has been the most time-consuming and expensive to date. But he has few regrets.

"There's something just really magical and wonderful about having a house in the French countryside. The quality of life is so lovely. It's sleepy and quiet and you feel untouched by the 21st century," Corrigan says.

He acquired the Château du Grand-Lucé from the French government in 2004 on the basis that he would avoid overhauling the building's original design. Renovations took around four years and minor changes continue even today due to the sheer scale of the property. He says: "I love the history - it's a combination of the architecture and quality of construction. They have been built to last centuries and have done so." 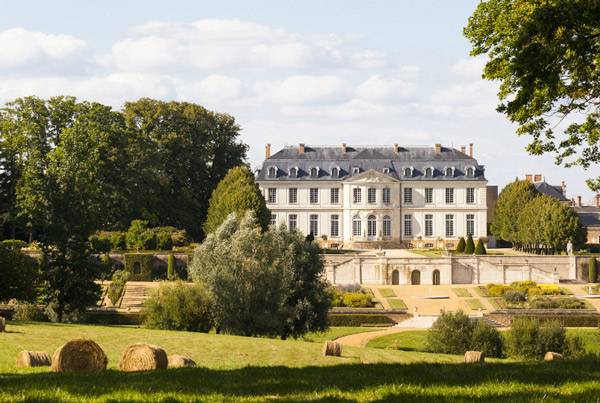 The château is a listed landmark. Preservation group l'Architecte des Bâtiments de France considers it to be one of the finest examples of neo-classical architecture because of the purity of its lines. Corrigan says: "Châteaux have been interestingly built to interact with the land they're a part of. In other places, the architecture is designed to shut out the exterior. In France, because of the milder climate, there's a real integration between the outside and in."

About 30 acres of formal gardens and 42 acres of forest surround Corrigan's château. A small village lies beyond the property's greenery. "There are people in the village who have never been to Paris," says Corrigan. Grand-Lucé is 45 minutes on the train from the French capital. He adds: "What's wonderful about that is it feels like you're going back in time. They've captured some of the things that are important in life - that's one of the wonderful aspects about it."

Much of Corrigan's time is spent travelling on projects around the world. He also works between offices in Paris and Los Angeles. But he clings to the moments he manages to spend at Château du Grand-Lucé. Corrigan says: "I question why I keep this expensive folly when I'm not there. I get there and go, 'this is why'. It truly is the place I go to where I can totally restore and relax."

Here is our selection of the best French châteaux.

The Château du Grand-Lucé was built between 1760 and 1764 for Jacques Pineau Viennay, an intendant who oversaw eastern France under Louis XV. The King's housewarming gifts comprised seven sculptures that were exact replicas of ones in Versailles.

American interior designer Timothy Corrigan inherited the property with all its features untouched. He says his favourite room is the salon chinois (the Chinese room) where Jean Baptiste Piment, the King and Marie Antoinette's own painter, carried out work. Corrigan says: "There are only three rooms existing in the world today that were painted by this man - this is one of them. All the paintings are what they imagined life to be like in China.”

Corrigan has published a book detailing his renovation of the property in An Invitation to Château du Grand-Lucé. The 14-bedroom château is available to rent.

“Much of Corrigan's time is spent travelling on projects around the world. He also works between offices in Paris and Los Angeles. But he clings to the moments he manages to spend at Château du Grand-Lucé.”