When it comes to adding some distinction to your home, few styles provide the dramatic touch that Baroque art does. Some designers use highly embellished, ornamental pieces to complete a room, while others use intricately designed furniture and gilded accessories to counterbalance minimalist environs. For this Haussmann-style For this Paris apartment, Mr. Corrigan selected contemporary furniture to stand in contrast to a Baroque painting. Photo: Richard Powers

The Baroque style was first adopted by European royalty in the 17th century and flourished in churches and palaces throughout Europe (including Louis XIV’s palace at Versailles) into the 18th century. The color palette is rich, and often utilizes dark greens or reds to enhance gold accents that are applied to mirrors, art and accessories. Interiors might feature intricate wood detailing alongside furniture and walls covered in opulent damask and floral prints.

“For the most part, clients need to be coaxed into incorporating Baroque art and design into their home because it often feels a bit too much for them. It scares them and makes them feel that they are venturing into fancy-schmancy territory,” said Timothy Corrigan, an interior designer well-versed in working with Baroque-themed art. The Los Angeles native’s firm, which has offices in L.A. and Paris, caters to a glittering clientele of European and Middle Eastern royalty, Hollywood celebs and corporate titans.

“By explaining the history of the piece and showing how it can become a wonderful ‘exclamation point’ kind of statement, they usually come round and are willing to take that risk,” Mr. Corrigan said.

“Baroque art is becoming more popular as we make the inevitable pendulum swing away from minimalism to much more rich and textured interiors,” he continued. “We are seeing this trend in all aspects of interior design including color and fabrics.”

To fully appreciate Baroque-style art, one must connect with its European origins. Matilde Bocca, vice president and co-owner of SINA Hotels—one of Italy’s last remaining hotel groups that’s family owned and operated—grew up surrounded by Baroque art and built a hotel inspired by one of the masterminds of the genre, Gian Lorenzo Bernini, who is best known for his contributions to St. Peter's Square and St. Peter's Basilica.

“The Baroque era arguably finds its birthplace here in Rome,” Ms. Bocca explained. “It expresses itself through art and music thanks to its expressions of fluid movements and elegance.” Bocca incorporates Baroque-style items against modern, contemporary backdrops, using original tapestries and chandeliers dating back to the 17th century.

Pieces and Artists You Should Seek Out

Adding Baroque-style elements to your home can be as easy a finding a classic, opulent print to use on the walls and fixtures, or as complicated as acquiring original works via auction or international channels. A talented local artist can be commissioned to embellish walls and fixtures, or floral, ornate prints and fabrics can be used to give a jolt to quiet rooms. In a classic sense, art collectors can seek out pieces by Baroque masters or land upon ornamental, eye-catching works by contemporary artists.

“I love collecting painters’ early studies for paintings because you can actually see how the painter has come up with the end result of the finished masterpiece,” Mr. Corrigan said. “I have a small study by Peter-Paul Rubens for a painting that is in [Amsterdam’s] Rijksmuseum, and I like it so much better than the much larger finished piece. My all-time favorite Baroque painter is Simon Vouet—his use of color is second to none.”

Ms. Bocca is a fan of the Florence-based architect and interior designer Guido Ciompi, who has designed new rooms for the relaunch of the Sina Bernini Bristol Hotel in Spring 2020. Ciompi “took inspiration from rich and opulent Baroque materials, including fabrics and colors, Ms. Bocca said. “His re-interpretation is more modern and lighter than the traditional Baroque elements of art.”

Original Baroque pieces are commonly found at major fairs such as TEFAF (held in New York City and Maastricht, the Netherlands) as well as France’s largest antiques event, the Antibes Art Fair. Other popular sources include auctions and galleries in cities such as Rome, Milan, Florence and Paris.

“I am a huge proponent of buying at auction because you get wonderfully knowledgeable specialists and the best prices around,” Mr. Corrigan said. “In addition to Christie’s and Sotheby’s, smaller auction houses such as Hindman and [the French-based] Artcurial are great resources.”

Some argue there’s no better place in the world for discovering original Baroque items than the Mercanteinfiera, a unique event held twice a year in Parma, Italy. Each edition sees more than 1,000 dealers exhibiting antiques and collectables, including myriad original Baroque pieces—from hard-carved wooden furniture to opulent chandeliers—that pre-date the birth of America.

Buyers can seek out historic producers still operating today. One such example is Richard Ginori, an Italian firm best known for its fine porcelain works and floral prints that are still produced in Sesto Fiorentino, the town outside Florence where the company was founded in 1735. Then there are more contemporary Italian producers such as Fornasetti, a decorative arts company whose timeless handmade creations sometimes veer into Baroque territory, and Vetrerie di Empoli, which is renowned for gorgeous ornamental glassware that looks as if it wouldn’t be out of place in a 17th century king’s court.

How to Show Them

Knowing how and where to place Baroque-themed pieces in a modern home often requires an expert touch. Many designers love the contrast that gilded, ornamental pieces bring to otherwise quiet environs.

“I particularly like to incorporate Baroque-style pieces in spaces that are otherwise quite spare and clean because the juxtaposition re-enforces the wonderful exuberance of the Baroque style,” Mr. Corrigan said. “Baroque art looks best when it is well lit, so I encourage that they either be hung in a place where they get good natural light—but not directly in the sun—or have good spot lighting. I like to pick up one of the subtle colors in the painting as a subtle background paint color for the room.”

When asked to share an example of incorporating Baroque-style elements in a current project, Mr. Corrigan points to “a concrete, granite and glass box mansion in Dallas in which we are using a large, intricately-carved giltwood Baroque frame with an allegorical painting over an otherwise totally white and monochromatic room.” The design visionary points out how “the rich colors of the painting provide the real drama to the otherwise quiet and somewhat sober room.” Mr. Corrigan also shares his vision behind another unique creation: “This house in Beverly Hills was very traditional, but my clients wanted a place that was more contemporary, where they could see many of their favorite pieces in a fresh context. We paired their early-18th-century French circular Baroque painting by Jean-Baptiste Pater with multiple bright Marilyn Monroe portraits by Andy Warhol. Swedish mid-century side tables contrast with late 18th century English stools. The cocktail table is based on a Pompeian bed. I designed the playful ostrich-egg lamps, and the 19th century carved folk-art flowers add charm and color,” he said. “Elsewhere [in a different Beverly Hills home], a 17th-century Italian Baroque door—rich with carved and gilded shells, foliage and putti—is enhanced by a backdrop of striped fabric both real and faux,” he said. “The tented effect of the walls is amplified by painted plaster behind the shell that replicates the actual fabric on each side. And the background mural further reiterates the colors of the fabric.” 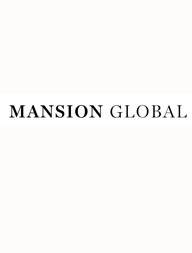 “For the most part, clients need to be coaxed into incorporating Baroque art and design into their home because it often feels a bit too much for them. It scares them and makes them feel that they are venturing into fancy-schmancy territory,” said Timothy Corrigan, an interior designer well-versed in working with Baroque-themed art.”