There are a few design trends we’ve seen a lot over the past few years: mid-century modern, stark white kitchens, faux-lambskin rugs, and so many shades of pink. But the twenty teens are coming to an end, and many of the distinctive styles are set to fade accordingly. So if you’re looking to decorate your home this year—or, make sure it doesn’t feel dated—what should be on your moodboard?

Ahead of the New Year, Vogue asked some of our favorite interior designs to weigh in. Here’s what they were unanimous about: the reign of rose gold and millennial pink is over ( “I’m happy to see us move beyond this,” says Studio Robert McKinley founder, Robert McKinley, of the latter). Same with monochromatic muted palettes of gray and beige. Instead, warm colors and woods will be the palette du jour. (“Out: Constant blandness,” says Kathryn M. Ireland. “Comfort in every way is a priority.”)

And in 2020, a well-designed home should look, well, like you live in it. Ireland calls out “over-staged rooms” whereas McKinley prays for the demise of never-touched decorative props. “It’s always better to see books and other accessories placed in a way that invites people to use them and engage with them,” he says. Robin Standefer and Stephen Alesch of Roman and Williams—the very designers behind the renovation of the Metropolitan Museum of Art’s British Galleries— see the end of “obsession with perfection and tonality.” Timothy Corrigan says he’s envisioning a “more eclectic approach to design, mixing different styles and periods.”

Sustainability, too, is on everyone’s mind. These top trendsetters aren’t using plastics or synthetics, but reclaimed materials and even second-hand pieces. Call it eco-conscious chic.

Below, the experts weigh in on the other trends they predict to be big in the next year. Spoiler alert: there’s a new top-color contender on everyone’s mind.

We’ll see the continued resurgence in the use of antiques; even younger people are using them as an alternative to mass produced catalogue offerings, in a desire to create rooms with more character and individuality. -Timothy Corrigan

Color, chintz, uniqueness, and anything reminiscent of your upbringing, in a good way. Personality is back! -Kathryn M. Ireland

Rich, earth-tones are definitely on their way in. I’m excited to see this depth in color and texture make a return. I have an archive of design magazines from the 90s that feel very relevant to the current mood. That time also celebrated rustic minimalism—think Calvin Klein Home. Terracotta floors, tall white linen curtains, slabs of pine – these are all things we’re working with at the studio now. -Robert McKinley, Studio Robert McKinley

The trend for wallpaper is hotter than ever. People are loving the fact that they can express themselves in their interiors via the use of a bold pattern on their walls easily achieved by the installation of wallpaper. It is the ultimate mega transformation of a space. -Martyn Lawrence Bullard, Martyn Lawrence Bullard Design

The resurgence of green seems to be hot in the list for 2020. -Martyn Lawrence Bullard

“Brown is definitely back, the use of different tones of timber in one space, but paired with plum, rust, coral, aubergine, new lime and old gold. These give interiors a look and feel resembling a 70’s vibe.” -Linda Boronkay, Design Director of Soho House

“The characteristics and fundamental geometries of natural materials, the figure that they possess with a stratum of patterns and beautiful rhythms of imperfections. They give a richness and variation that is unexpected. These gradients and features in natural materials—for example, in green malachite or onyx, which is natural yet glamorous, same for boucle and textured silk. Stones and alloys such as tarnished silver.” -Robin Standefer and Stephen Alesch, Roman and Williams 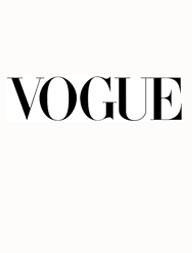