A Château Renovation Continues, with its Designer Thousands of Miles Away

During the pandemic, designers have had to get comfortable making digital client presentations, shopping online, and taking on smaller jobs to make ends meet. But one of the most tricky adjustments for some has been overseeing in-progress projects from afar. For Timothy Corrigan, who spent one week per month in France prior to the coronavirus, that challenge has been particularly tough. Along with the numerous international jobs that his firm is currently working on, Corrigan is two and a half years into a renovation of his own Château de la Chevallerie in France’s Loire Valley.

With much meticulous work still needed to be done on the property, which is a mix of 17th-, 18th-, and 19th-century structures and additions, Corrigan was eager for the renovation to continue after lockdown orders rippled across the globe. But carrying on with the designer stuck some 5,500 miles away, in Los Angeles, has required plenty of trial and error.

“The first time I visited the château, I was particularly struck by the exquisite oak wood paneling that runs throughout,” Corrigan says. Restoring the paneling involves making repairs to the wood and then priming the wood, he explains.

The palette of the Small Salon, pictured, was inspired by blue-and-white rooms in the Palace of Versailles. The specific hues used here are Benjamin Moore’s Harbor Fog and Frostline.

From the beginning, there were immediate concerns that needed to be addressed. “I had more than 1,200 trees that were delivered right at the start of the pandemic and I was thinking, oh my gosh, are they all going to die? They need to get planted or watered at the very least,” Corrigan tells AD PRO. Luckily, under France’s lockdown orders, exterior contracting work was deemed essential, so the trees were able to find their forever home before long.

Once interior construction was able to resume, Corrigan and his team had to develop a safe way for the 19 contractors on site to do their jobs. That meant ensuring social distancing—luckily, not too much of a challenge, since the château is 18,000 square feet. The bigger headache for Corrigan was finding a way to oversee the intricate design work the project involves.

Painting the Grand Salon, pictured, was a challenge. “When the first coat of yellow was put up I knew I had made a terrible mistake…it was screaming yellow! I had to experiment with a number of colors to get it right for this room,” Corrigan says.

The ultimate selection, Benjamin Moore’s Yellow Lotus, highlights the carved wood details throughout the room, the designer says. The inspiration was the famous yellow room in Colefax and Fowler’s London office.

“The overall [remote] supervision is something we handle all the time,” Corrigan says. “It’s more the creative things…it’s always best to do it there. I usually will draw on the sections of wood in different colors of marker so [contractors] know which section is which color. You’re able to do it with much greater ease because you’re able to see the whole space. It’s more difficult when I’m looking at a photo and saying, ‘Gee, where does that edge actually stop?’”

Instead of drawing on the walls, Corrigan has taken to marking up photos with a sort of ‘paint by numbers’ approach that the workers can follow. Fortunately, Benjamin Moore offers the same hues in both France and the U.S., leaving no room for color missteps. “It’s so much easier because you’ve got the reference of all of our paint decks here, and it’s the same as there,” Corrigan explains.

Corrigan sends marked-up photos and other diagrams to contractors at his château so that detailed paint work can continue.

As smooth as the process has been, it’s not been without a few costly mishaps. While sanding windows with powerful electric sanders, a group of painters ended up scratching the centuries-old glass. In the end, Corrigan says it will cost close to $70,000 to replace all the panes (though insurance will cover the fee). “If I had been there, I would have been able to say, wait a second,” the designer says. But, he adds, “You have to try to make the best of a not-great situation.”

With the borders closed to travelers from the U.S., that less-than-ideal situation will likely be the status quo for the foreseeable future. However, like everyone else, Corrigan is adjusting to the new reality. “The biggest eye-opener for me was all the freedoms we took for granted,” he says. “This is the longest I’ve not been on an airplane in 32 years.”

More than 1,200 trees and topiary bushes were delivered at the start of the pandemic. “It proved to be a real challenge to get them all planted in a timely fashion so they would not die,” Corrigan says. 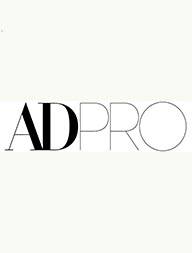 “Along with the numerous international jobs that his firm is currently working on, Corrigan is two and a half years into a renovation of his own Château de la Chevallerie in France's Loire Valley, while stuck in Los Angeles.”